Inside the WMPD: Fighting Violent Crime 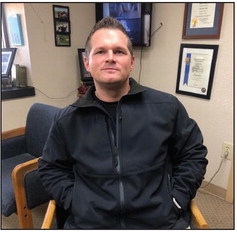 EDITOR’S NOTE: This is the fifth and final in a series of articles about the West Memphis Police Department, its officers and bold initiatives that are factors in the city’s noticeable reduction in serious crime over the past several months.

This fifth article looks into the department’s newly formed Violent Crime Suppression Unit, the Narcotics Division, and its association with the federal Drug Enforcement Agency. This interview will be with Lt. Brent Bradley and how he and his team respond to violent crime, illegal drug activity and identifying those individuals who are involved.

When violent gang related crime, illegal drug dealing and homicide hit its peak last year in West Memphis conventional policing changed and as a result of that, as well as other initiatives, came what is now known as the Violent Crime Suppression Unit, under the supervision of veteran Lt. Brent Bradley.

Their techniques include daily undercover operations, questioning known felons, and identifying suspects that have or are planning to illegally distribute drugs or be involved in some type of gang related crime either in the city or the county.

During that meeting various strategies were planned out and how this special response team was going to combat the escalating crime involving illegal drugs and violent gang activity.

“I immediately began to do some serious research and I came across a law enforcement agency in Indiana that was experiencing exactly what we were faced with in West Memphis,” Lt. Bradley said.

He went on to explain that law enforcement agency created what they called their Violent Incident Prevention Enforcement Response team or “VIPER”, which was very successful in addressing the drug and gang problems.

people which was much larger that West Memphis and in 2017 the police department, composed of 286 sworn officers, handled 65 people being shot in a crime related incident and 20 homicides,” Bradley said.

He said when VIPER was initiated the crime rate dropped, individuals being shot went down as well as homicides.

“I had to see what was going on so I had a conference call with the sergeant that was in charge of VIPER and he explained how they operated. We took what they were doing on a larger scale and toned it down to meet the size of our city.

“That is where we got the idea about merging the violent crime unit with our narcotics unit because now we have our narcotic guys in plain clothes doing undercover surveillance riding around in unmarked vehicles keeping their eyes on people that have outstanding arrest warrants,” Bradley said. Bradley made a point of saying that what his team does is a total coordinated effort on the part of the entire police department.

In the first few weeks of operation Bradley said a concentrated effort was made to pick up individuals with outstanding warrants but also take as many illegal weapons off the street as possible.

“We had one night when we just got out there to obtain information about some gang rivalry about to kick off. We immediately hit the streets hard and made several arrests and confiscated seven guns.

So what we are doing is working,” Bradley said.

The main purpose of VCSU is to gather important intelligence, bring in violent offenders and take illegal guns off the streets of West Memphis, Bradley said.

He said what they are doing is so effective there is even a law enforcement agency in North Carolina that came to West Memphis to gather information to start their own crime suppression unit.

Bradley went on to say that his team is now able to prevent violent crime by gathering intelligence from social media, community interaction as well as intelligence gathered from other divisions within the police department.

An example of just how effective VCSU is, in 2019 the unit made 172 felony arrest and that was in just a four month period. An additional 251 misdemeanor arrests were also made during that time period. “We seized 108 firearms and made contact with those we identify as chronic offenders 61 times just to let them know they are a problem in our community and we are letting them know we are keeping an eye on them,” Bradley said.

He said their success has actually been able to straighten out some of those individuals known to be a problem.

“Either they change their ways, leave town or wind up getting arrested,” Bradley said.

I drove past a crazy long line today on Highway 77. Turns out it was a food giveaway. Well, I...

I drive an old pickup truck. It has its advantages. One, I don’t have to monthly payment....

Political risk is a risk faced by everyone involved in politics, corporations, and the...