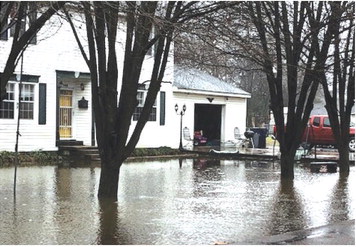 How can Iran claim the death of 176 people was ‘unintentional’?

Someone made a deliberate decision to fire a weapon to take down the plane. This type of technology must surely take several steps to activate – it couldn’t be so easy to use that a person could trip and truly ‘accidently’ cause 100s of deaths. There is also the underlying reality that there was a weapon there that could cause all these deaths. That was no accident, that was intentional. The path to peace requires many steps including intentional planning and not pathetic lies dressed up as excuses for the inexcusable. [ Editor’s Note: It would certainly not be the first time the claim of accidentally shooting down a plane to be made. In fact, the shoe was on the other foot in 1988 when Iran Air Flight 655, a commercial flight operated by Iran Air that regularly flew from Iran to Dubai, was shot down by the U.S.

Navy guided missile cruiser USS Vincennes when it fired a RIM-66 Standard surface-toair missile. The plane was, according to U.S.

military information allegedly misidentified as a descending Iranian F-14. Now, I won’t even begin to speculate about the ill-timed incident on Jan. 8, where Ukraine International Airlines Flight 752 was shot down by Iran’s Armed Forces shortly after take off from Tehran Imam Khomeini International Airport, killing all 176 people on board. Iran claims that the plane was unintentionally shot down when it was mistaken for a hostile target as it turned towards a “sensitive site” of the Islamic Revolutionary Guard Corps. It’s hard to imagine such a mistake being made, but it does apparently happen…

or it is at least used as an excuse… more often than you’d think] *** What is going to happen to all of those dogs when they stop racing at Southland? Do they really think they can adopt them all? [Editor’s Note: No, they will not be able to adopt all of them. Having about a decade’s worth of experience working with greyhounds back in the day, a mojority of them will be adoptable, but some of them won’t due to personality issues. But, Mid-South Greyhound Adoption Option does great work in getting retired racers to new forever homes.

And, I’d speculate that the top 50 percent of the dogs will go to other tracks to race]

Weekend storms dumped several inches of rain on Crittenden County, with high winds causing power outages Saturday morning. In Old Marion, several yards were transformed into temporary lakeside properties, and with no electricity, MYSA had to cancel its early morning basketball games at the old gym.