Greyhounds run away from Indians 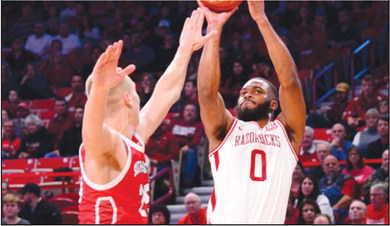 ASU Mid-South up to No.

13 with win over Itawamba Community College

The Greyhounds slowly began to pull away and never looked back, taking a 74-54 victory over Itawamba Community College Thursday night at The Dog House.

Ike Moore got going early, hitting four three-pointers on his way to 17 first-half points while Jalen Lynn scored 12 to give the Greyhounds a 43-29 halftime lead. In the second half, the Greyhounds maintained control throughout as Christian White scored 11 in the half, and the Indians never got closer than 8 points the rest of the way.

Lynn ended up leading all scorers with 22 points as Moore finished with 21 and White registered his first double-double of the season with 17 points and 12 rebounds.

ASU Mid-South (6-2), currently ranked no. 13 in the latest NJCAA National Poll, next plays after the Thanksgiving holiday as they host Williams Baptist University JV Monday, December 2, in a double-header with the women’s team. The Lady Greyhounds start the action at 5:30 p.m., followed by the men at 7:30 p.m.

With school volleyball all wrapped up, local players are getting ready for club ball, and Memphis Metro satellite club Metro West is already on the court preparing for the 2020 travel season. The program has a 15U travel squad and two 14U training teams this season. The squad’s first tournament is scheduled for early January.