Eye in the Sky 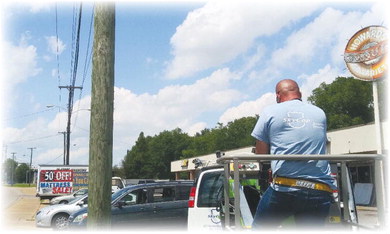 A Skycop installer hung this new license plate reader on the corner of Missouri St. and Shoppingway Blvd. The readers were ordered installed at major intersections in the city to augment Skycop video cameras. This corner was the scene of a stalker shooting at a woman from his car last year. West Memphis Police took the recommendation from Little Rock Police after being frustrated in one murder case on the east side of the city when they could not get a good vehicle identification.