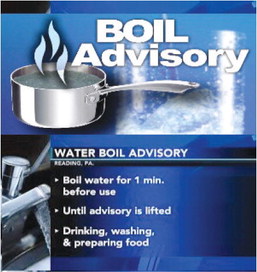 Customers who depend on the Earle Water Department are being cautioned to boil any water before consuming it.

Due to the presence of E. coli bacteria found in samples from the Earle water system, the Arkansas Department of Health has issued an emergency measure calling on all residents to boil their water.

Under the “Boil Order,” all Earle water customers are strongly advised that the water is considered unsafe for human consumption, and water used for drinking or food preparation must be boiled briskly for one minute prior to use. The Department of Health has also told all Earle residents to discard all ice cubes and recommended that only boiled water be used to make ice.

This “Emergency Boil Water Notice” will remain in effect until the problem with the water system has been corrected, an adequate disinfectant level is established throughout the distribution system, and a bacteriological survey shows that the water is safe to drink.