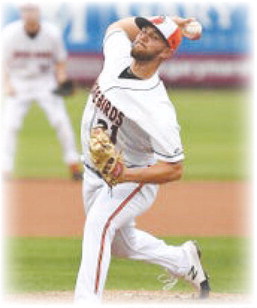 The Delmarva Shorebirds are deep into the Low-A season, but the young stars there are shining brightly.

After signing a contract to officially join the Baltimore Orioles, Adley Rutschman, the first pick in the 2019 MLB Draft, learned where he’d begin his professional career.

The catcher out of Oregon State University will play for the GCL Orioles before quickly advancing to the Aberdeen Ironbirds — the Orioles’ half-season minor-league affiliate.

If all goes well, Rutschman could join the Delmarva Shorebirds later this season, with the goal of playing for the big club in Camden Yards as quickly as possible.

Regardless, the No. 1 overall pick won’t determine the Shorebirds’ success. The Low-A affiliate has already clinched a spot in the postseason — the first since 2005 — and is one of the hottest teams in minor-league baseball early in the second half of the season.

Delmarva already has its own slew of notable players, such as highly-touted prospects like pitcher Grayson Rodriguez and shortstops Cadyn Grenier and Adam Hall.

But the story for local sports fans is the big righty in the Shorebirds’ bullpen, former West Memphis Blue Devil Gray Fenter.

Working with Shorebirds pitching coach Justin Ramsey, Fenter has started to excel with different pitches, working with his changeup and slider to complement fast balls and curve balls.

His core goal is consistency, hoping to continue his way up the minor-league ranks after spending the last four seasons in Single- A. Fenter said he has the advantage of learning from other great pitchers on the Shorebirds’ staff, picking up tips and tricks that could benefit him when called upon.

“Everyone’s just having fun, and that allows guys to play to the best of their ability,” Fenter said. “I just trust in the process and let my stuff do the work.”

Fenter, who lost time early in his career due to Tommy John surgery, is hoping to contribute whenever he’s called upon.

The Shorebirds have a big Fourth of July weekend homestand over the next few games. The Shorebirds finished the first half of the season with a 48-21 overall record, compiling a team batting average of just over .250 and ERA of 3.00. The team already clinched the South Atlantic League’s Northern Division first-half title and are 10-3 in the second half.