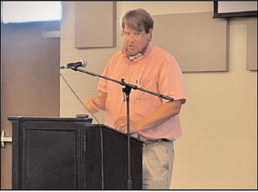 news@theeveningtimes.com JONESBORO — Two men from West Memphis were injured in a shooting last week in Jonesboro On Tuesday, Sept. 8, police said, the two men, identified as Ronald Rucker, 32, and Torrance Davis, 28, both of West Memphis, were taken to a local hospital with non life-threatening bullet wound injuries.

Officer Michael Starnes responded to a call of shots heard shortly before 8 p.m.

in the area of Cedar Heights Drive and Melrose Street. The actual location of the incident was the 300 block of Russell Drive.

Starnes, flagged down by Rucker, stated his brother, Davis, had been shot.

Police said Davis had injuries to both his right and left thigh as well as his left calf. Rucker sustained an injury to his right hand and was wearing a brace, police said.

Investigators were hoping video downloaded from a nearby SkyCop camera would aid in their investigation into the incident.

No suspects had been identified as of Friday afternoon, Jonesboro Police Department spokesperson Sally Smith said.