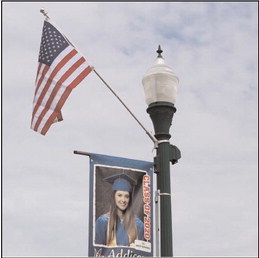 If a tree falls in a forest and no one is around to hear it, does it make a sound?. If President Trump gives a speech and few hear it, does that make him a great orator?

[ Editor’s Note: I know it’s not the world we live in ( and maybe we never did) but can’t we just debate policy? I don’t care about Trump’s personality or Biden’s personality or their potshots at each other. I don’t care if Trump can drink a glass of water using only one hand or if Biden’s son had an affair. Let’s talk about what we can do to improve our lives and leave the personal crap out of it.

Who’s with me? Oh, no one? That seems about right…]

*** Maybe It's because I am not a twit that uses Twitter that I don't understand the way Twitter lets some tweets through and blocks or warns about others including those from President Trump. Like many I have concerns about (un)social media and its ability to spread views too easily including many that I find offensive, racism for example or wrong such as the vaccination opponents or plain stupid as shown by those that think 5G or Bill Gates are involved in the spread of COVID-19. The greatest value of a strong democracy is that it allows for a wide range of viewpoints even those that are clearly wrong. From this logic I am confused by Twitter's blocking or blurring of President Trump's warning about the use of 'Serious force' if there is an autonomous zone set up in Washington D.C. Although there is a warning that this tweet refers to 'Abusive Behavior' you can still proceed to the tweet and read it in full . Surely if Twitter finds this inappropriate then it should remove it rather than the meek response this warning provides. The problem with this is that people have the apparent right to make incorrect or offensive statements but there is little clarity as to what can actually be banned. Twitter is working on this but there is a long way to go and the basic problem is what is offensive to some may be the view supported by others. It seems that President Trump, although not a great fan of Twitter is a prolific user. He is a staunch defender of the freedom of speech as he said 'We're here today to defend free speech from one of the greatest dangers it has faced in American history' when he signed an executive order and yet he is apparently trying to stop his niece from writing a book about the family. It is easy to assume that the book will not be positive. The first amendment has much to say on press freedom, '…no law respecting an establishment of religion, or prohibiting the free exercise thereof; or abridging the freedom of speech, or of the press..'

and Presidents have sworn to 'to the best of my ability, preserve, protect and defend the Constitution of the United States'. I am confused. Few countries, or even people are perfect, but most aspire to be the best they can be. Some don't!

[ Editor’s Note: Full disclosure, I just sort of tuned out when you let us all know how sophisticated you were right at the beginning because you, an apparent intellectual, are not a “ twit that uses Twitter”… how edgy … discounting the opinions of millions of Twitter users en masse]

The Stars & Stripes wave proudly down Broadway Avenue in West Memphis thanks to the efforts of Main Street West Memphis. Saturday is Independence Day.