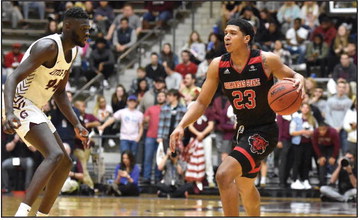 astateredwolves.com LITTLE ROCK — Despite trailing by 11 at halftime, the Arkansas State men’s basketball team rallied back to tie the game late before coming up short in a 90-87 setback at Little Rock Saturday.

The first half featured nine lead changes and six ties before the Trojans used a 17-3 run to break the game open.

Arkansas State returns to action tonight on the road, taking on the University of Texas-Arlington at 7:00 p.m.