Inside the WMPD: Criminal Investigation 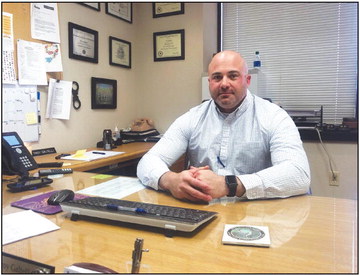 EDITOR’S NOTE: This is the second in a series of articles on the West Memphis Police Department, its officers and bold initiatives that are factors in the city’s noticeable reduction in serious crime over the past several months. This second articles looks into the detectives assigned to the department’ Criminal Investigative Division and what they do to solve and prevent major crimes, such as homicides, burglaries, residential break-ins and robbery. This article is about the WMPD’s detectives and their role in this continuing crime reduction initiative.

Most of us consider a police detective as the person who solves crimes by interviewing witnesses, taking evidence and running down leads that hopefully results in identifying a possible suspect whether it be a homicide or robbing the store clerk at a neighborhood convenience store.

But for the investigators in the West Memphis Police Departments CID, the job is as much about being proactive as it is reactive — a practice that began with the creation of the department’s Violent Crime Unit designed to target illegal weapons and criminal activity throughout the city.

Much of the success being experienced in solving crime in West Memphis is the direct result of Assistant Chief Robert Langston’s aggressive plan to develop better communication between the different divisions within the police department, and as importantly, better community relations between police officers and the public, Capt. Troy Galtelli said. “On of things about Chief Langston is that it all about communication and that is something we have really focused on over the last year and what we have experienced is a 100% turnaround,” Galtelli said.

Galtelli explained that now the CID, Violent Crime Unit and the Narcotic’s Division as well as the Patrol Division work hand-in-hand totally unlike the way things were done in the past when each division work independently of each other. “We are also working with our school resource officers (SROs) who provide us with information that they may think would be of value to us,” Galtelli said.

He used a recent example where a SRO

contacted a patrol lieutenant regarding information related to a possible suspect involved in recent criminal activity. That lieutenant then forwarded the information and the name of a contact to officers assigned to the Violent Crime Unit who then were able to confiscate a weapon from a residence that actually prevented a criminal act.

Because of this community relations initiative Galtelli said the support from the community has been noticeably improved because of such initiatives as officers doing neighborhood walks with citizens and letting them know that they aren’t the bad guys and they aren’t there to put them in jail.

“The citizens are now more aware of the fact that we are here to protect them and to protect their property. By the citizens helping us they are also helping their neighbors and everyone else,” Galtelli said.

He went on to said that their success rate has been very good and said last year the detectives solved all the homicides in the city while also investigating the many other felonies that occur throughout the year.

When asked what the caseload of felonies the detectives handled in any given time period, Galtelli said they receive between three and five felony cases a day from lawn equipment being stolen to vehicles being broken into or even residential burglaries.

“We prioritize our felony cases but when we have a homicide, such as the first on of the year that occurred February 1, every detective re-directs their attention so that the homicide case can be solved and a suspect taken into custody, Galtelli said.

Another factor in the success rate is the advancement of technology and the progress that has been made in recent years.

“When I first started 16 years ago we were still taking Polaroid pictures of people we talked to. With the advances being made in technology we have come to having cameras over 90% of the city with the Sky Cop

“Back that many years ago we couldn’t imagine pulling up a camera video and see a possible shooting or being able to identify a crime suspect,” Galtelli said.

He went on to say the Sky Cop cameras have become an invaluable tool in helping them on several cases between cars being broken into the houses burglarized.

A little background on Galtelli revealed that he was born and raised by a West Memphis law enforcement family.

“My grandfather was a World War II veteran and when he came back from Germany he became a police officer.

“I can remember the very first car I ever drove was a police car and it was no question as to what I wanted to be,” Galtelli said.

The CID Captain graduated from Arkansas State University with a criminal justice degree and joined the West Memphis Police Department 16 years ago.

“I always wanted to be a detective, my grandfather was a detective and that is all I w anted to be. I was lucky to have that opportunity,” Galtelli went on to say.

On Friday, the Times looks at the WMPD’s Patrol Division, often the primary contact the public has with the West Memphis Police Department.