Park upgrades include something for everyone 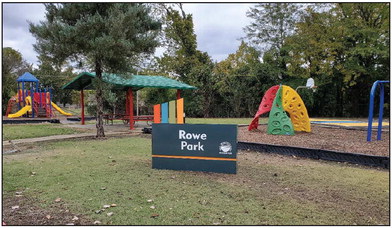 Tilden Rodgers Park and neighborhood parks in West Memphis were slated for voters to consider upgrades. City Treasurer Frank Martin said Tilden Rodgers Park had not been improved in 22 years and the eight million dollars in improvements could be made their without a tax increase on city residents should voters pass the city bond issue on December 10. According to City Treasurer Frank Martin a new tax on Southland Casino pays the bill to improve parks and recreation quality of life for both local residents and sports tourists. Martin provided an overview at a public hearing in front of 18 people including six city council members. No city parks commissioners attended the public information meeting. A total of $10.85 million was proposed to finish the city library and improve neighborhood parks.

The park upgrades included something for almost everyone. Two bark parks were on the drawing board. One dog run is an off-theleash hound playground, the second is for dogs and their owners to take a walk. A big splash pad will cool down park visitors including ball tournament players during the hot summer

A new neighborhood park sign inspired by the West Memphis Gateway logo now stands in the newly refurbished Rowe Park in Ward 4. Workers erected the sign on Thursday, the first of nine new signs ordered for neighborhood parks in the city. Big plans are in the works for the city’s parks if residents say “yes” to a bond vote on Dec. 10.

“There are five 300 foot fields out there, mostly used for softball” said Martin. “The proposal puts in six fields, two 250 foot fields for 14 years an older hardball players, and four 200 foot fields for 12 years and under softball. They will be turf fields for yearround games. No (lawn) maintenance. The dugouts will have a dressing facility and a bathroom in each dugout. We’ll improve the high school field the same way. We will literally have eight fields to attract tournaments.”

“We can hold 25 to 30 tournaments easily because the fields are year -round,” said Martin.

Tilden Rodgers would say good-bye to the port-opotties and hello to indoor plumbing for the public.

Concession stands get updates with a new one added to serve the additional fields. New lighting comes to the diamonds and parking area as well.

Six redone courts were planned to serve tennis players and the high school team could host regional tournaments. Converting the remaining existing courts will become a giant splash pad made it onto the drawing board too.

“They’ll be a bridge across Gammon Lake connecting the splashpads and tennis courts to the pavilions, and new playground equipment,” said Martin. “There is currently no playground in Tilden Rodgers.”

“We can do this with some advertising and bring people into our city, “ said Martin.

Enlarged parking was built into the park design to handle the anticipated bigger crowds. The new parking comes with an innovation saving big bucks against traditional paving.

“The parking areas will be enlarged and we have anew design grass filed parking where we roll the grass up, put gravel back down and grass mats back over that. People can park in the grass and it wont get rutted up. It’s a brand new concept.”

“This is huge. The nearest other ones are in Little Rock,” said Martin. “It’s brand new; cities can’t wait to get them, and we will have four right here.”

An amphitheater was planned as part of a complete make over for Hightower Park, also to be funded by the proposed bond issue. Hightower represented the city’s most used neighborhood park.

Bond funds finish the renovation of the Roberta Jackson Neighborhood Center adjacent to the park.

The park may soon be a center for free speech and free music. The city planned to acquire lots that fronted East Broadway to add to the park footprint to make a new amphitheater a center piece along the main street of the city.

“There will be a small amphitheater with berm seating for political rallies,” said Martin. “Your talking about small concerts and Blues on Broadway. The park will expand from 14th to 15th and Polk to Broadway. There will be a new pavilion and outdoor rest rooms.”

Martin listed other improvements to be funded by the bond and paid by Southland taxes.

“Part of the funds will be used to finish the library,” said Martin.

Worthington Park and Franklin parks get new splashpads done on a smaller scale that the one at Tilden Rodgers Park.

City children in summer youth clubs benefit from the water fun. The ball fields at Franklin Park would be upgraded and provide an alternative to losing Friendship Field at as West Junior High was set to rebuild by the school district.

“We chose the parks next to boys and girls clubs,” sad Parks Director Lorenzo Parker.

City Councilman Tracy Catt told city council the new Southland revenue would generate $2.4 million annually against annual payments of roughly $950,000. The tax stream to grow as the casino finished its building expansion. The biggest portion of Southland taxes have gone to the city general fund.

have,” said Catt. “The excess is what will

To all of the graduating seniors out there missing out on graduation, I know it sucks but in a...

Has it been 10 years already?

They say time flies when you’re having fun, but it also seems to go by quickly when you think...

Should the use of profanity be acceptable anytime? What constitutes acceptable profanity? ...

Too much stuff is OK if…

If you’ve spent a lot of time reading about dejunking, de-cluttering, streamlining and...