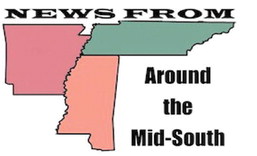 Helena-West Helena — Police in Phillips County are working overtime on three homicides that occurred over the weekend in separate incidents. A man identified as Antwon Mooney, 27, was found shot inside a wrecked vehicle in a ditch Saturday night in Helena- West Helena, the third fatal shooting in the community.

Police say Mooney was shot multiple times, but was still responsive when they found him at 10:22 p.m. at North Third Street and East Baldwin Avenue as they responded to a call of shots fired. He was taken to Helena Regional Medical Center where he later died.

The shooting came after two men were killed in two separate shootings Friday afternoon. Both shootings are believed to be retaliatory, police said. They may be related, but authorities are still working to confirm that.

The first call came in at 10:54 a.m. on Park and Dinan, where police said a victim in his mid-20s was shot five times in the back, and once in his shoulder. Paramedics tried to save him but he was pronounced dead on the scene. Police identified him as Jamarius Reese, 20.

As officers were collecting evidence in that incident, the second shooting came in at 11:48 a.m., at Sixth and Garland. That man was shot in his chest while in a front yard, and was pronounced dead on the scene. The victim in that shooting was identified by police as Donameka Ballard, 24.

“This has been a very hectic, chaotic day for us. Especially it all being in broad daylight,” police officer John Lanigan said. Authorities believe they have leads to follow, and are hoping more witnesses come forward, but they acknowledge there’s a long road ahead to justice and closure. Police are asking any residents with information, to contact the police department immediately at (870) 572-3441.

ERWIN, Tenn. — Nearly everyone has been touched by cancer. According to the American Cancer Society, 1 in 8 women in the U.S. will be diagnosed with breast cancer in her life time. A group of local breast cancer survivors are stepping up to support patients.

Losing your hair is one of the most visible side-effects of chemotherapy, but for many women with breast cancer, buying a wig for several hundred to a few thousand dollars is out of reach. That’s why cancer survivor Sarah Shults and several of her friends are opening a free wig room in Erwin. They’re all cancer survivors and understand the importance of wanting to look normal during treatment.

There are also hats, pillows for your treatment port, eyebrow drawing lessons, and emotional support. With only donations, they’re offering about 75 wigs and a welcoming environment.

The wig room is inside the Christian Care Center of Unicoi County. It’s open by appointment.

Mississippi gets $20.85 million for projects

JACKSON, Miss. — Governor Phil Bryant has announced 17 projects totaling more than $20.85 million that will be funded through the most recent Phase II Gulf of Mexico Energy Security Act (GOMESA) disbursement.

GOMESA was created in 2006 by Congress and shares leasing revenues among the four Gulf oil and gas producing states of Alabama, Louisiana, Mississippi, Texas and their coastal political subdivisions.

“These funds will continue our efforts to protect and enhance our beautiful Mississippi Gulf Coast,” Gov. Bryant said. “I appreciate our Mississippi congressional delegation for their hard work in securing this funding. This will impact Mississippi for years to come.”

The projects will be administered by the Mississippi Department of Marine Resources (MDMR).