POCAHONTAS — A Randolph County man has been arrested in connection with a third rape case in Pocahontas, according to Jonesboro news reports.

Pocahontas police received a call on Sept. 27 from the Arkansas State Police Crimes Against Children unit about a third victim of a possible rape by Dale, according to Jones.

Dale was arrested by Pocahontas police in June and September of this year in connection with the rape investigation.

“The victim stated that this incident happened approximately over a year ago,” Jones told Jonesboro news station KAIT.

“During an interview with Mr. Dale, he had admitted to nonconsensual sex with the victim.” Jones said that during a search of Dale’s cell phone as part of the investigation, numerous nude photos and videos of underage girls were found. That part of the case was then handed over to the Arkansas State Police.

Dale is being held in the Randolph County jail on a $500,000 cash bond. He is set to appear in the Pocahontas Circuit Court on October 28.

Police are asking anyone with any information on the cases to come forward.

JACKSON, Miss. — All 21 beaches along the Mississippi Gulf Coast are open after being closed this summer for a harmful algae bloom.

All summer long, harmful blue-green algae blooms have plagued the coast. MDEQ says recent results indicated that while the bloom was present and/or in bloom, many of the cells were dying. MDEQ moved to the toxicity testing phase of the protocol this week. Sampling results, officials say, were all below the EPA guidelines set to protect public health.

Visitors could still use the beaches, the MDEQ said, but they advised against contact with the water. The blue-green algae, known as cyanobacteria, can cause rashes, stomach cramps, nausea, diarrhea and vomiting.

The cyanobacteria was caused, in part, by the opening of the Bonnet Carre spillway, 27 miles upriver from New Orleans.

For the first time in the spillway’s 90-year history, it has been opened twice because of flooding in the Mississippi River.

The governors of Mississippi and Louisiana asked for disaster declarations because of the damage done to their states’ fishing industries by the flooding. The flow of fresh water reduces salinity, making it difficult for oysters to survive. The runoff also is rich in nutrients, such as nitrogen and phosphorous, that causes the cyanobacteria to bloom. The blooms deplete oxygen in the water, creating a “dead zone” that can result in fish kills and other devastating effects.

While the levels of cyanobacteria detected off Mississippi beaches did not reach toxic levels, state officials advised against eating fish or other seafood from water where the bloom occurred. The National Park Service said beaches along the barrier islands that are part of the National Seashore were not been affected by the algae blooms.

MEMPHIS, Tenn. — Memphis police have released images they suspect may be of individuals involved in a report of shots fired Sunday at the Wolfchase Galleria Mall, which led to the mall being evacuated for a time.

Police said no injuries were reported. Reports began coming in around 3:30 p.m. that shots were fired outside the mall near Macy’s and Cheesecake Factory.

Police said the suspects may have fled the scene in a grey Nissan Altima. They released photos of who the say may be connected and asked anyone with information to call Memphis Crime Stoppers at (901) 528-CASH. 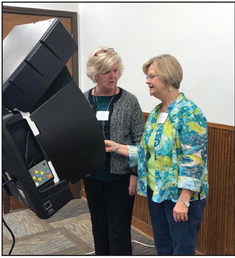