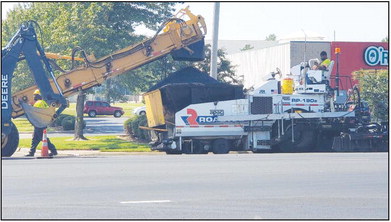 City set to spend more than $800,000 on overhaul of dilapidated waterway

The price tag reads $805,000. That was the figure the West Memphis Public Works Commission heard during a report during its September meeting on reclaiming and rehabilitating the Ten Mile Bayou.

Projections for ditch bank stabilization along 4.2 miles of the bayou in West Memphis were studied by Pickering Engineering.

The company used drone surveillance and LiDAR (Light Detection and Ranging) to map the bayou and compile a comprehensive video survey. Pickering consultant Harvey Matheny brought his assessment and initial recommendations to the commission. The results showed eroded banks and rusty and neglected water conduits that need to be fixed which came with a hefty total repair estimate.

“We studied a 4.2 mile segment going from Broadway to upstream to the Interstate Frontage Road,” said Matheny. “We looked at breeches and all the pipes, erosion and encroachments and compiled an inventory.”

The Arkansas Department of Transportation has been busy laying asphalt all up and down West Broadway in recent weeks. According to an update delivered at this week’s West Memphis Public Works Commission, ARDOT has decided to keep on paving. After completing the work on Broadway, crews will continue north on Missouri Street, giving the city’s busiest thoroughfare a fresh overlay. Additionally, plans to rework East Broadway were set for next year’s round of projects.

Photo by John Rech slumped area on the bayou behind the West Memphis Utilities office and one at Ingram Street where the storm pumps were mounted represented the biggest portion of the hefty price tag. The study designated three dozen locations as “top priority,” needing repair within 24 months.

“The cost of those two represented 80 percent of the total initial recommendation,” said Matheny.

Stabilizing the banks was seen as crucial to preserve property values along the bayou and the study peeked into the future hopes for a bike trail along the waterway.

City Council members wondered where the money would come from to make the crucial fixes identified in the study.

“Where can we get the kind of money needed to make those big repairs?”

“Some of the problems near public buildings may be covered under an Army Corps of Engineers program,” replied City Engineer Amanda Hicks.

“The rest will have to be budgeted.”

Setting budgets is the duty of city council. Budget considerations for next year begin in late fall.

Portions of the bayou had been paved for a trail developed in the late 1970s during Mayor Joyce Ferguson’s administration.

The trail has since fallen into disrepair. Some of the walkway has eroded away, and most of it has been overgrown. The study skirted the issue but provided trail planners with an end-to-end survey to help ignite planning for a new path.