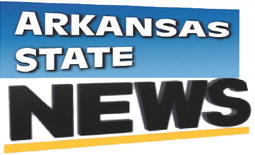 LITTLE ROCK — A former pathologist at an Arkansas veterans hospital was charged with three counts of involuntary manslaughter in the deaths of three patients whose records he allegedly falsified to conceal his misdiagnoses.

According to federal prosecutors, Dr. Robert Morris Levy, 53, is also charged with four counts of making false statements, 12 counts of wire fraud and 12 counts of mail fraud, stemming from his efforts to conceal his substance abuse while working at the Veterans Health Care System of the Ozarks.

Levy was suspended from work twice — in March 2016 and again in October 2017 — for working while impaired, before he was fired in April 2018.

In a June 2018 review of his work, 30 misdiagnoses were found to have resulted in serious health risks to patients.

The three deaths came as a result of incorrect or misleading diagnoses. In one case, according to prosecutors, a patient died of prostate cancer after Levy concluded that a biopsy indicated that he didn’t have cancer.

“This indictment should remind us all that this country has a responsibility to care for those who have served us honorably,” Duane Kees, the U.S. attorney for the Western District of Arkansas, said in a statement. “When that trust is violated through criminal conduct, those responsible must be held accountable. Our veterans deserve nothing less.”

LITTLE ROCK — The state of Arkansas saw more opioid prescriptions issued in 2018 than actual residents in the state, a new report showed Wednesday.

“What we’ve seen from other states is that while opioid prescription dispensing has gone down and prescribing has gone down, there tends to be an increase in the illicit drugs such as Fentanyl and heroin,” said Dr. Jamie Turpin, the administrator for the monitoring program.

As for overdoses, 426 Arkansas residents died in 2018, with heroin being the most common drug in the overdoses.

PRAIRIE COUNTY — Surrounded by the golden crop, all the crooks are seeing is copper.

“They’ll just cut it from here to here,” David Strohl points where the six feet of wire was stripped from his property.

The copper in two of Strohl’s electric water pumps were recently stolen.

“They obviously know a little bit about electricity because you got to make sure the wells are off.

If they cut into a live wire, we wouldn’t have problems catching them,” he said.

At least six pumps all within a mile of his farm were hit, along with several other farms south of Hazen in Prairie County.

“If they steal enough copper to make 100 bucks, it’s going to cost a hard working farmer a thousand dollars plus to get it fixed,” PCSO Chief Deputy Jeremy Watson said.

The sheriff’s office is adding patrols in less populated areas to cut down on copper theft.

“If you are on the gravel and a deputy has real suspicion or probable cause to pull you over and check you out, we’re going to check you out and see who you are,” Chief Deputy Watson said. “We’re not here to violate anybody’s rights, we’re here to catch criminals.”