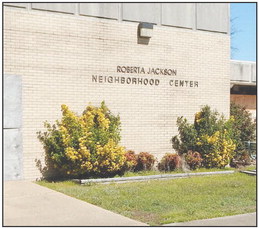 Nothing has gone easy about reopening the Roberta Jackson Neighborhood Center in West Memphis. City council ordered the building boarded up and declared it a health hazard after vandals tagged the inside and destroyed plumbing fixtures, broken windows and destroyed thermostats in the fall of 2014.

The city board scheduled a work session to review plans and the bids but that follow-up meeting was canceled when only two city council representatives said they’d be there.

on Page 3 The center was closed in 2014 when City Treasurer Frank Martin reported the damage found when the building was being set up for a polling site.

“It was horrible in there; it stunk,” said Martin.

“There were three doors unlocked, some kicked open. Half the electrical outlets did not work. The HVAC did not work. Thermostats were torn off the walls. It was 50 degrees in there. The bathroom in the back had to be closed up, the water was running in there. Recently repaired windows were cracked like spider webs.”

No signs of forced entry led city council to conclude the city had lost control of the keys to the building. City council ordered the center closed for health and safety reasons in June 2015.

Damage and repair estimates in 2017 amounted to $200,000. Since then the city repaired the roof for $40,000 and had some work done inside. Some city council members were dissatisfied with the work in the building. New wall board was installed but molded over because the city was not running the HVAC unit in the shuttered building. City officials said they had run two of the three air handlers since the mold was discovered last winter and it had not spread since.

Utilities cost the city about $500 per month when the center was open. In the beginning, discussions about continuing to run the HVAC were initially concluded with a decision to continue heating and cooling the center to prevent mold. Some city council members had pointed to the county as an example which continued to run the utilities to keep mold out of the old hospital until a new tenant was found. But, the school district expressed interest in the building for a new school site. At some point, without public discussion, the city shut off the HVAC at the neighborhood center and then mold blossomed after the interior work.

In 2018 the city combined some Community Development Block Grant funds with city dollars amounting to a total of $130,000 to pay for the remaining repairs. With bids in, council balked last week at accepting the bidder and called for another special meeting on Tuesday May 21. The meeting was set to include the architect to consider the bids and the scope of work. Councilman Willis Mondy was unhappy with the low bidder because the mold had followed its work last time.

“All the mold is back and he did not do a good job,” said Mondy.

City Planner Paul Luker explained the scope of work for this round of bidding. Some of the work would make the building handicap accessible to bring them into compliance with the 1990 Americans with Disabilities Act for the first time. Some of the renovations were set to accommodate sharing the building with a senior adult daytime program the city signed an agreement with this year.

“It’s work in the two bathrooms, bringing them up to ADA standards,” said Luker. “They’ll tear down a wall for the East Arkansas Area Agency on Aging side to have more open space for activities.

There will be a sound proof divider wall between the agency space and the public space. All the door frames will be widened for ADA standards.”

The Agency planned to pay for its kitchen renovations

was originally installed backwards and never worked. Now that unit is so old replacement and repairs on it were considered not feasible. No new unit was planned as part of the renovation. Planners said the building could run adequately with just two units for now.

Luker summed it up saying the repairs and renovations were Spartan but serviceable.

“It’s not going to look like a brand new building when we are done,” said Luker. “We were working with a budget number and doing as much work as we can with it.”

“Why are we not budgeting the money to do everything right,” asked Mayor Marco McClendon.

Mondy expressed fourand- one-half-years of frustration over trying to get the building re-opened. “Man, I’ve been dealing with this for so long,” said Mondy. “We built the place for our people to have somewhere to go.

That is the most important part right now. There is nowhere to for them to go.

We need it open.”

“I oppose having anything done to the Roberta Jackson Neighborhood Center until the neighborhood and the community is involved, heard, and gives permission to do so,” said Simmons.

Simmons tried to gather facts about public involvement and the rehab project by asking city officials for pertinent meeting minutes, copies of letters to churches, and media announcements.