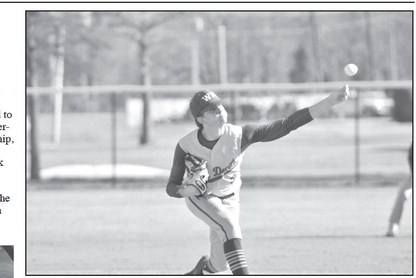 The team’s top pitcher, left-handed junior Price Watson, was named allstate and all-conference while teammates Carlson Bennage, a senior, and junior Owens McConnell were named all-conference. Watson, a University of Memphis commit, posted a 3-4 won-loss record with a tidy 2.45 earned run average. He logged a team-best 40 innings and yielded just 30 hits while walking 14 and striking out 74. Opponents hit just .195 against Watson this season.

Bennage, the two-time boys state singles tennis champion who is headed to Christian Brothers University on a tennis scholarship, led the team in batting average with a .368 mark and in RBIs with 17.

McConnell hit .355 slotted in the middle of the order and led the team in extra-base hits with two doubles and four triples.