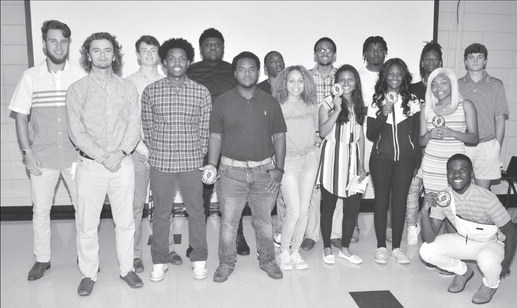 WM School District The West Memphis Blue Devil Sports Banquet capped off another outstanding athletic year on Tuesday at the Academies of West Memphis cafeteria. Highlighting the evening was the recognition of 35 students who were honored as scholar athletes.