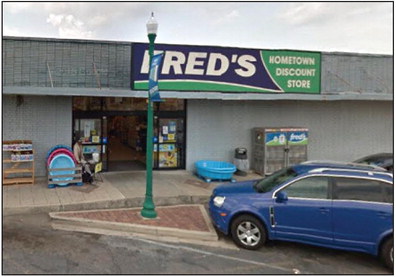 Retailer shuttering 159 underperforming stores by end of May

says it will close 159 underperforming and unprofitable stores in 13 states by the end of May, including the West Memphis location on East Broadway.

The Memphis-based company said in a news release liquidation sales at those stores have already started. The company’s 398 other discount stores will remain open.

CEO Joseph Anto said in the release the company will work to move employees to other stores if possible. The company said it is continuing to pursue the sale of its remaining pharmacy

The list of stores being closed includes 31 in Mississippi, 25 in Georgia, 23 in Tennessee, 19 in Alabama, 14 in Louisiana, 11 in South Carolina, six in Texas, four in Kentucky, three in North Carolina, two in Missouri and one each in Illinois and Oklahoma.

In addition to the West Memphis store, 18 other Arkansas locations have been targeted for liquidation, including Fred’s in Forrest City, Jonesboro, Osceola and Paragould in northeast Arkansas.

The Marion Fred’s will remain