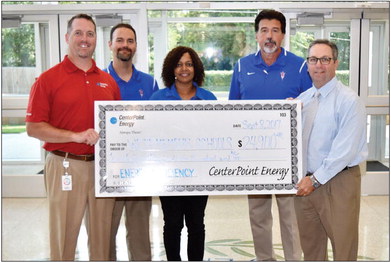 As a result of those efforts, the WMSD received a rebate of $27,900 from CenterPoint Energy for the installation of 39 high-efficiency natural gas furnaces, three tankless water heaters and six Energy Star Convection ovens.

In addition to the rebate incentives, the West Memphis School District is expected to save 8,354 therms of natural gas annually, resulting in yearly cost savings of $7,100.

'This is a great example of how the West Memphis School District is continuing to be fiscally responsible and environmentally friendly,' said T. Kirk Pierce of CenterPoint Energy.