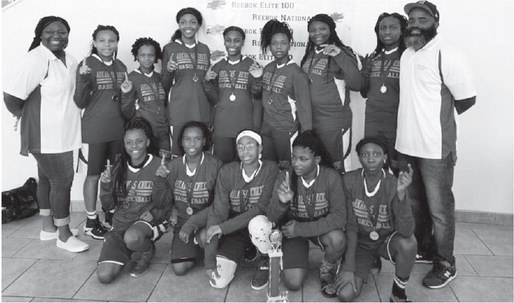 Crittenden County's Arkansas Knicks won the Reebok tournament held in St. Louis Missouri on June 23-25th. The Knicks went 4-0 on the weekend, bringing home first place and a number one seed in the Reebok National tournament held in Denver Colorado. The Arkansas Knicks are coached by head coach Steve Jefferson and assistant coach Shelia Henderson and are managed by James Henderson.