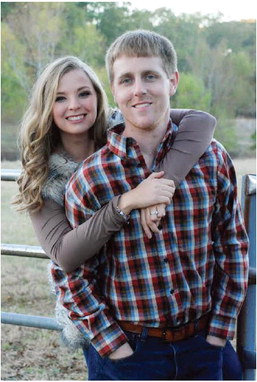 Andrew Peters and Courtney Bolin are happy to announce their engagement and forthcoming marriage.

Courtney is a 2009 Graduate of Monticello High School and received her B.S in Marketing Management at Arkansas State University. She earned a Master of Arts in Teaching Degree from the University of Arkansas at Monticello. She is the High School EAST Facilitator at Lake City.

Andrew is the son of Homer and Debbie Peters of Marion. He is a 2008 Graduate of Marion High School and received his BS Finance and Doctor of Physical Therapy at Arkansas State University.

Andrew is a Physical Therapist at NEA Hospital in Jonesboro. His Grandparents are Bonita and Windle Porter; and the late Mavis and Melvin Peters of Griffithville.

All friends and family are invited.