All eight position players reached base for the Redbirds, with seven having hits and Matt Adams walking and scoring twice. Six Redbirds had multiple hits, led by David Washington’s 4-for-5 showing with two doubles, three runs and three RBI.

Bruce Caldwell had an RBI triple in his first game in Triple-A after being called up from Double-A Springfield earlier in the day, and he 2-for-5 with a run and that RBI.

Memphis’ seven doubles were two shy of tying the franchise record of nine, which was set May 1, 2001 at Colorado Springs. The Redbirds scored six runs in the ninth, which matches their highest-scoring ninth inning of the season (6/9 vs. CSP).

Deck McGuire missed out on a win for the 11thstraight start, but he was outstanding for the third start in a row. McGuire fanned a season-high 11 batters and gave up three runs, two earned, on five hits in 6.1 innings Monday night. Despite not having a win, in his last three starts he has allowed four earned runs on 12 hits in 18.1 innings (1.99 ERA) and has struck out 24 and walked four.

Ryan Sherriff moved to 71 after finishing the seventh inning before the Redbirds took the lead for good in the eighth. Sam Tuivailala struck out the side in the bottom of the eighth, and the Memphis pitching staff fell one shy of a season high with 14 strikeouts on the night.

The Redbirds’ 2016 season concludes with three more games at Oklahoma City and four at Round Rock, before AutoZone Park hosts the Gildan Triple-A National Championship Game on Tuesday, Sept. 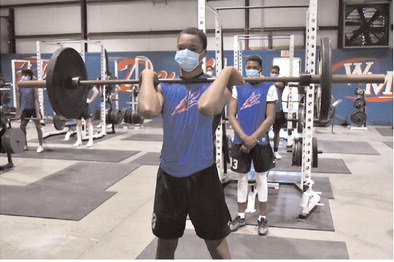 The West Memphis Blue Devils and other sports programs across the county are back in the gym...

On This Day in: 1860 - The first successful silver mill in America began operations. The mill...