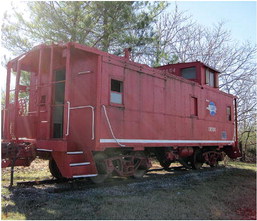 Fun for the whole family at community event

Depot Day is coming back to Earle.

Crittenden County Museum received permission from the city council to block off a portion of Main Street from Commerce and Brown Streets to hold an educational street fair.

“What we are trying to do is get some vendors and churches and activities to do something for the children before school,” said Frank Wilson.

Museum Director Tamara Berry said the idea to bring back Depot Day started with a conversation she had with Councilman Charlie Young, who owns Young’s Grocery Store.

“We talked about that we should try to re-start Depot Day,” Berry said. “But instead of having it in April, I noticed that a lot of my Facebook friends were doing things around back to school time. One of our board members, Ms. Jane Speed, her Sunday school gives away free school sup- plies. So we wanted to put some of those things together.”

The event will have family fun activities, a blow up bouncing tent for the children, vendors, church and civil groups, and educational activities.

Berry said she has spoken to East Arkansas Family Health Center who is interested in having a booth.

“He said they would like to use this as a way to introduce their doctor to the community and have free health screenings,” Berry said. “We’re not asking to have a fundraiser. We’re asking all business owners, organizations, churches, and individuals in the community that care about the community to support this.”

“They (Parkin and Arkansas Geological Survey) have all confirmed they will come as an educational component,” Machnitzki said. “And Judge Woody Wheeless said they (Marion FD) have a smoke house they can bring and a video on how to escape a burning house. So there will be some fun and entertainment and educational things.”

Machnitzki said the museum has a very active Facebook page and should be able to attract visitors to the event from the surrounding area, not just as Crittenden County.

“We’ve seen the number of Facebook likes going up,” Machnitzki said. “So we are confident we can reach a wide audience.”

Wilson said the want the event to be county-wide, not just things in Earle.

“The problem we hear is that everybody talks about Crittenden County Museum is in Earle,” Wilson said.

“It is a county museum and we are trying to get the whole county involved.

We’re trying to bring the whole county together and bring them to Earle.”

Berry added that the event will be a great opportunity to show off Earle to the rest of the county.

“I’m from Earle,” Berry said. “I love my hometown and I want to see things happen here. I want to show the whole county that Earle is a good community.

We have good people in our community.”

Next year also will mark the museum’s 30th anniversary.

Councilman Donnie Cheers, who remembered going to Depot Day as a child, agreed.