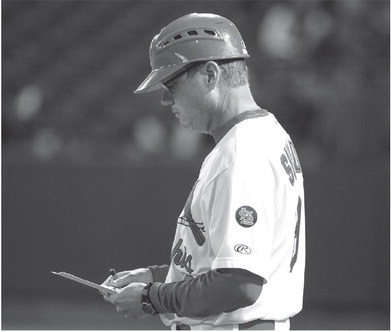 The game will be televised on MLB Network beginning at 6:00 p.m.

(CT). Shildt will be joined by Wally Backman of the Las Vegas 51s, who will be the manager for the PCL squad, and El Paso Chihuahua’s pitching coach Bronswell Patrick.

The 29th annual game pits the PCL All-Stars against the all-stars of the International League, who will be led by Chris Tremie, Stu Cliburn and Andy Tomberlin.

Shildt guided Memphis to 73 wins and a secondplace finish in his first season at the helm of the Redbirds in 2015, and he recently earned his 100th win as Redbird skipper.

Shildt previously coached at both UNC Charlotte and UNC Asheville, his alma mater, and his mother, Lib, formerly handled public relations for the Double-A Charlotte O’s.

Fan voting for the Triple-AAll-Star Game continues through the end of the day on Friday, June 24 and can be done at milb.com/vote.

The fan vote will be combined with the vote of Triple-A coaching staffs and media representatives to select the teams.

For tickets or for more information on the 2016 Redbirds season, contact the Redbirds front office at (901) 721-6000 or visit www.memphisredbirds.co m.