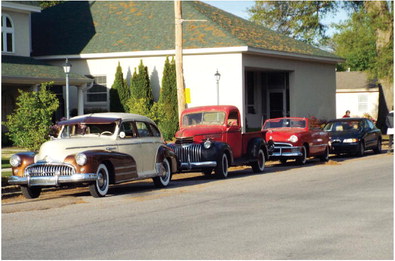 The jam session seems to have happened by pure chance. Perkins, who by this time had already met success with 'Blue Suede Shoes', had come into the studios that day to record some new material. Sam Phillips, the owner of Sun Records, had brought the then-unknown Jerry Lee Lewis in to play piano on the session. A young, 21year-old Elvis Presley, who had already achieved a notable level of fame, arrived soon after to pay a casual visit. When Johnny Cash, who has by this time had scored a few hits on country radio, arrived in the afternoon, the stage was set for a little once-in-a-lifetime rock & roll history.

Studio engineer Jack Clement had the sense to hit “record” and Phillips thought to call the Memphis Press-Scimitar, which ran a story the next day on “The Million Dollar Quartet.”

The story of that session has been the subject of several articles, books and even a stage play, and now it’s headed to the TV screen via an 8-part mini-series set to air on CMT in the fall.

And to capture the authenticity of the era, the Marion Hotel recently served as the backdrop for a slate of establishing shots and B-roll footage for the series. The production used the Marion First Baptist Church for a set-up area and has procured the use of a location on Mound City Road as part of the process.

The series, which could extend beyond the planned eight episodes if it becomes a hit with viewers, looks to not only tell the story of that historic evening but also take a look at these music legends before they were legends. Filming will take place primarily on location in Memphis, but future visits to this side of the Mississippi River are a high possibility.