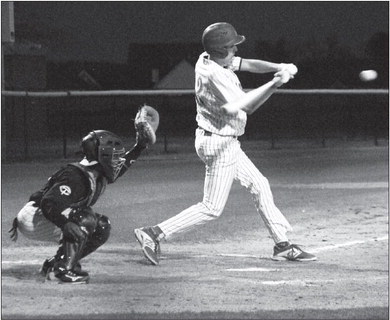 Marion concluded its run at the Little Rock Catholic Tournament last week with a 3-1 loss to Russellville.

The Cyclones won by scoring the last three runs of the game.

Marion (0-11 overall, 0-2 7A/6A-East) got a strong start from senior right-hander Peyton Moore. Moore took the loss after working all six innings, allowed six hits, three earned runs and striking six batters out. He did not issue any walks against Russellville.

Russellville got even in the bottom of the second when a two-out rally produced the equalizing run to make the score 1-1 after two innings.

That score held until the bottom of the fourth when the Cyclones notched two runs for a 3-1 lead.

Stephenson, Hodge, Tyler Steele and Peyton Walker accounted for those.

The Pats are back at home on Tuesday when they host Class 2A power Armorell at 4:30 p.m. Marion will host Cabot for a 7A/6AEast doubleheader that will begin at 4:30 p.m.